I had signed up for another photo tour with my pals from Indian Photo Tours, this time the trip was to the Rann of Kutch (in the State of Gujarat) which consists of a white desert of salt flats and a number of marshes that attracts numerous flocks of birds, and even some larger animals such as antelope and wild ass.  Indians have a saying that if you have not been to the Rann of Kutch, you have not traveled anywhere!

Sony Corporation rebates half the cost of these tours for Sony camera owners, thereby making these tours very affordable, and its a nice change to have someone else handle all the travel logistics.   The huge additional bonus was that the Indian people taking these tours (besides being camera geeks), and truly a great bunch of guys, they were all very very friendly, considerate, and helpful.

The photo “mentor” is an excellent photographer named Dheeraj Paul who besides being internationally recognized in his own right, comes from a photo dynasty family in India. It was quite a variety of shooting, including wildlife, architecture, star trails & milky way, and portraits (both candid and environmental) in a number of small villages and locations.   We stayed in quite range of accommodation, from a royal palace to a village-like circular hut of adobe. It certainly didn’t hurt that the descendant of the royal family accompanied us to the villages in his domain, the people were extraordinarily friendly.

I have to say that in all of the countries I have visited, I find India – by quite a large margin – to have the most friendly people! 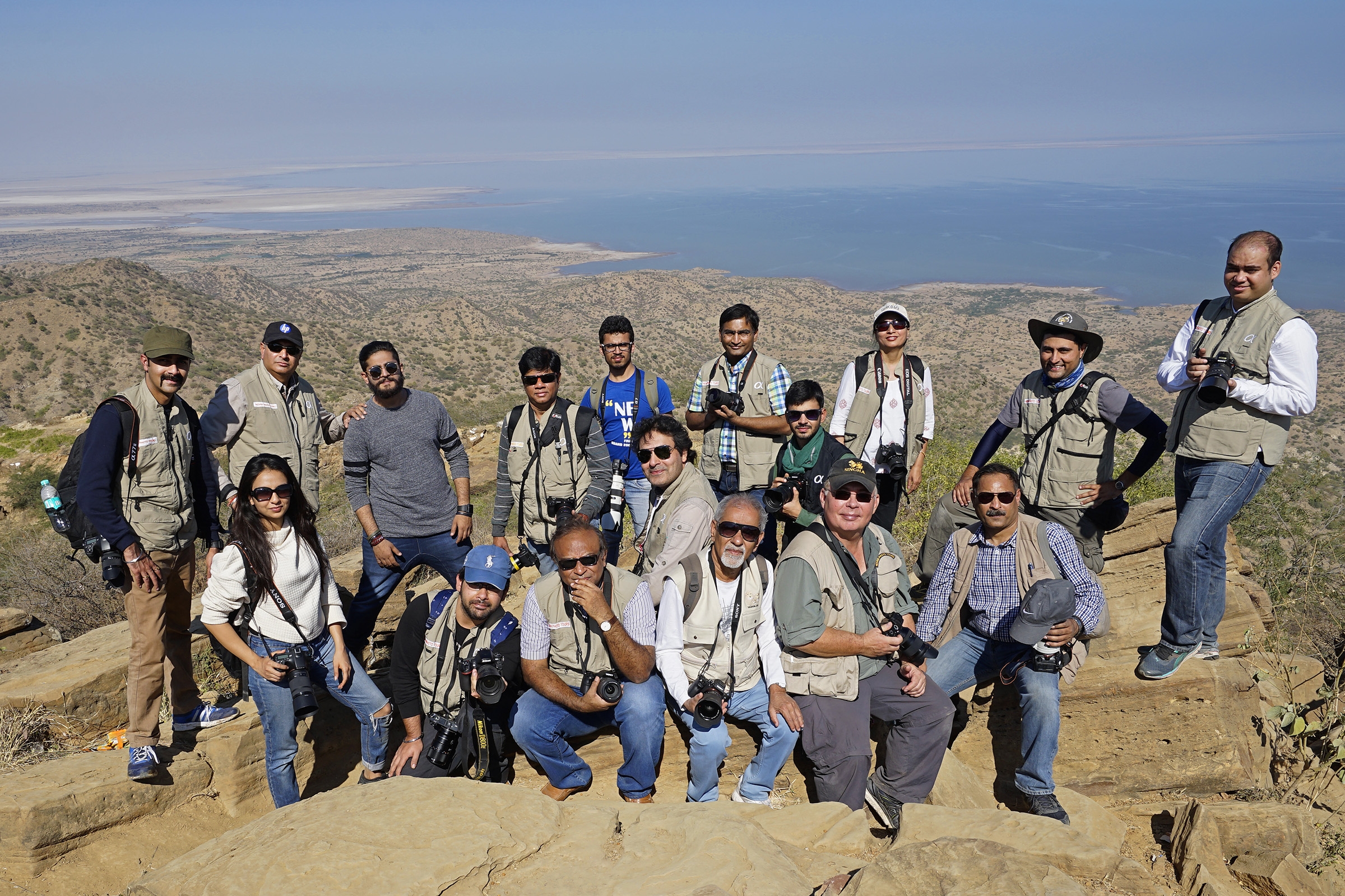 That is Dheeraj in the very middle, The guy has an amazing photographic eye, I call it a photo anja (third eye)…. seriously though, just following behind him and watching what he “sees” and decides to shoot is a lesson unto itself… 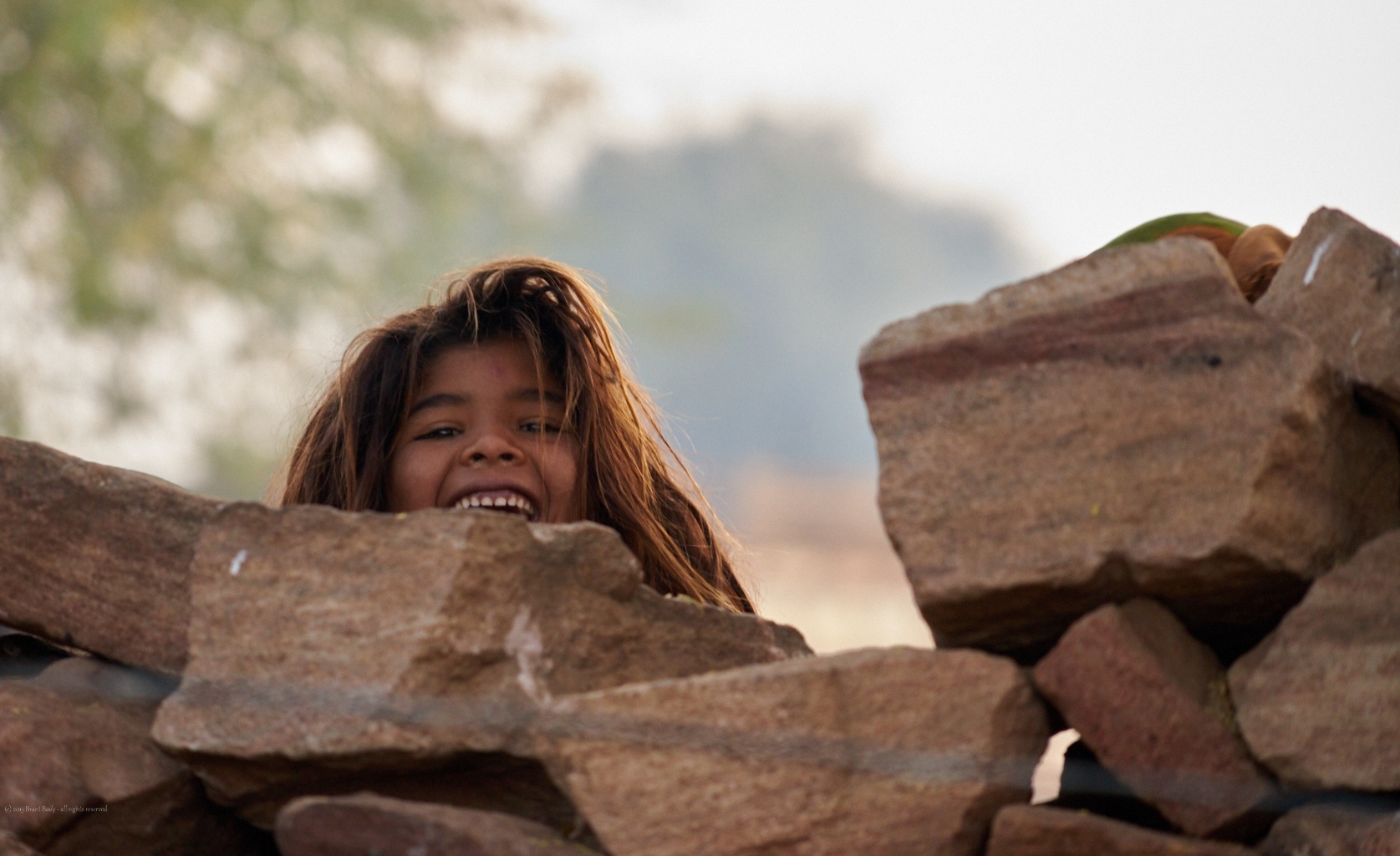 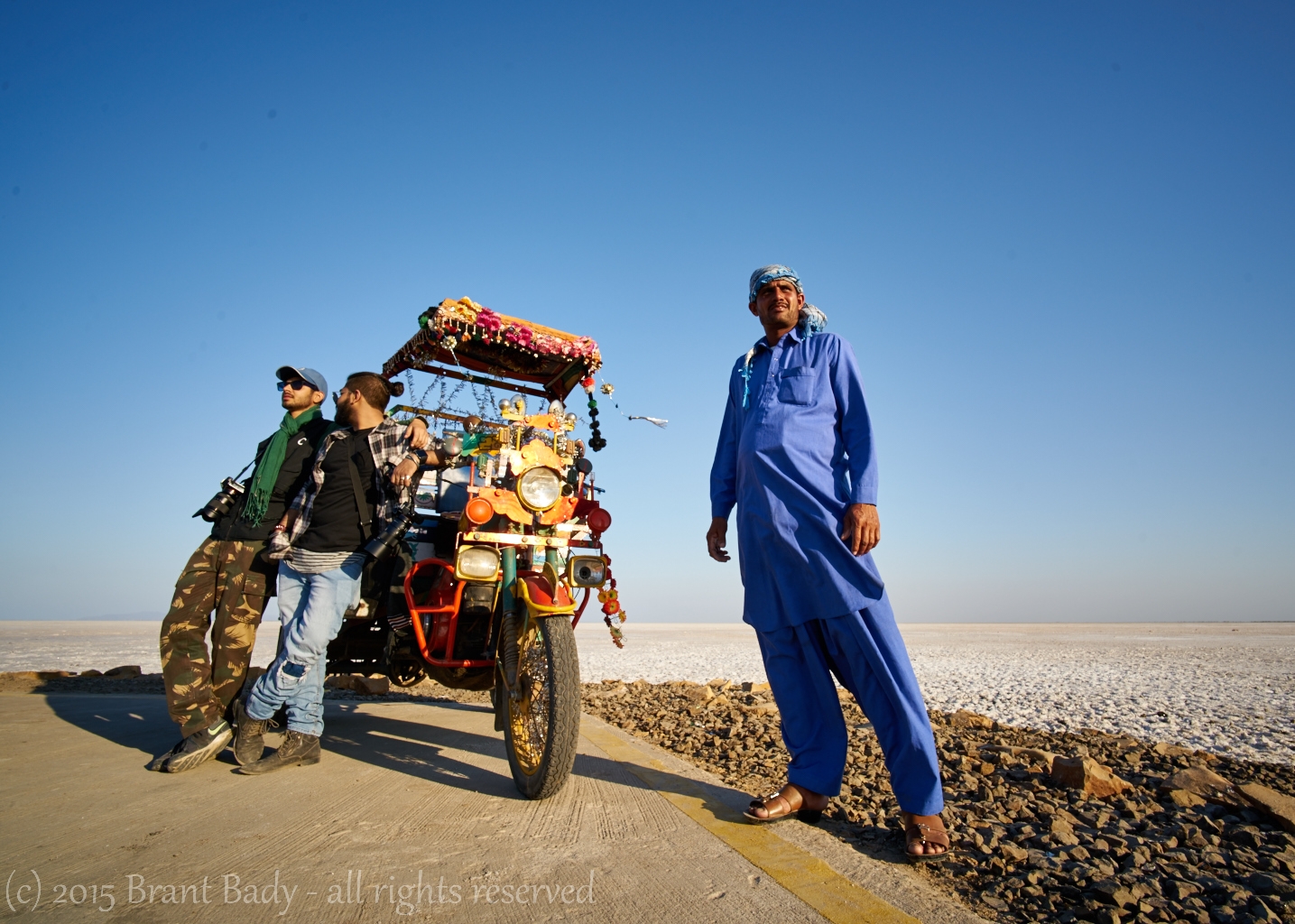 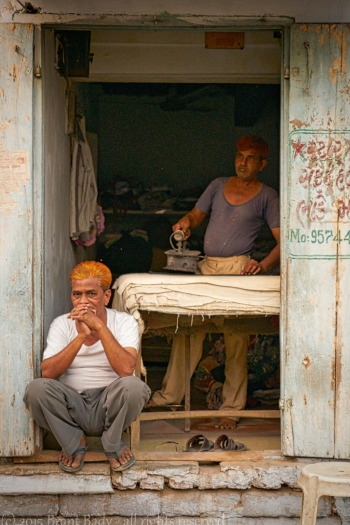 Shepherd & Flock on the move just after sunrise 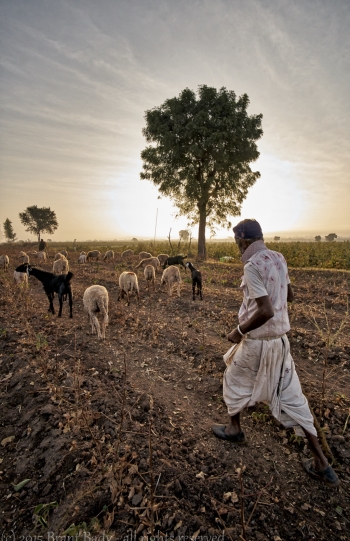 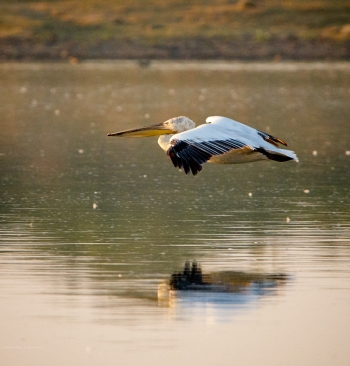 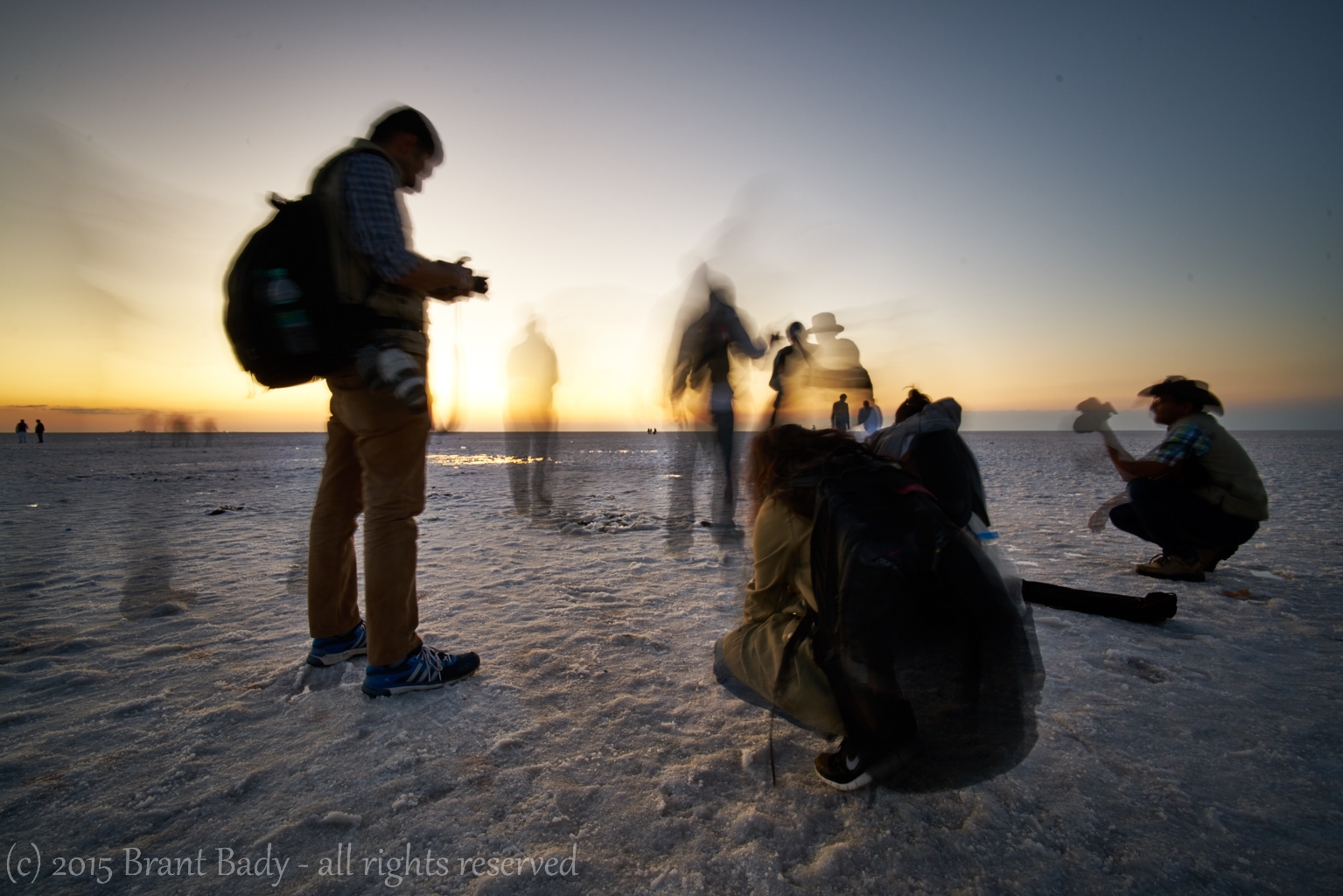 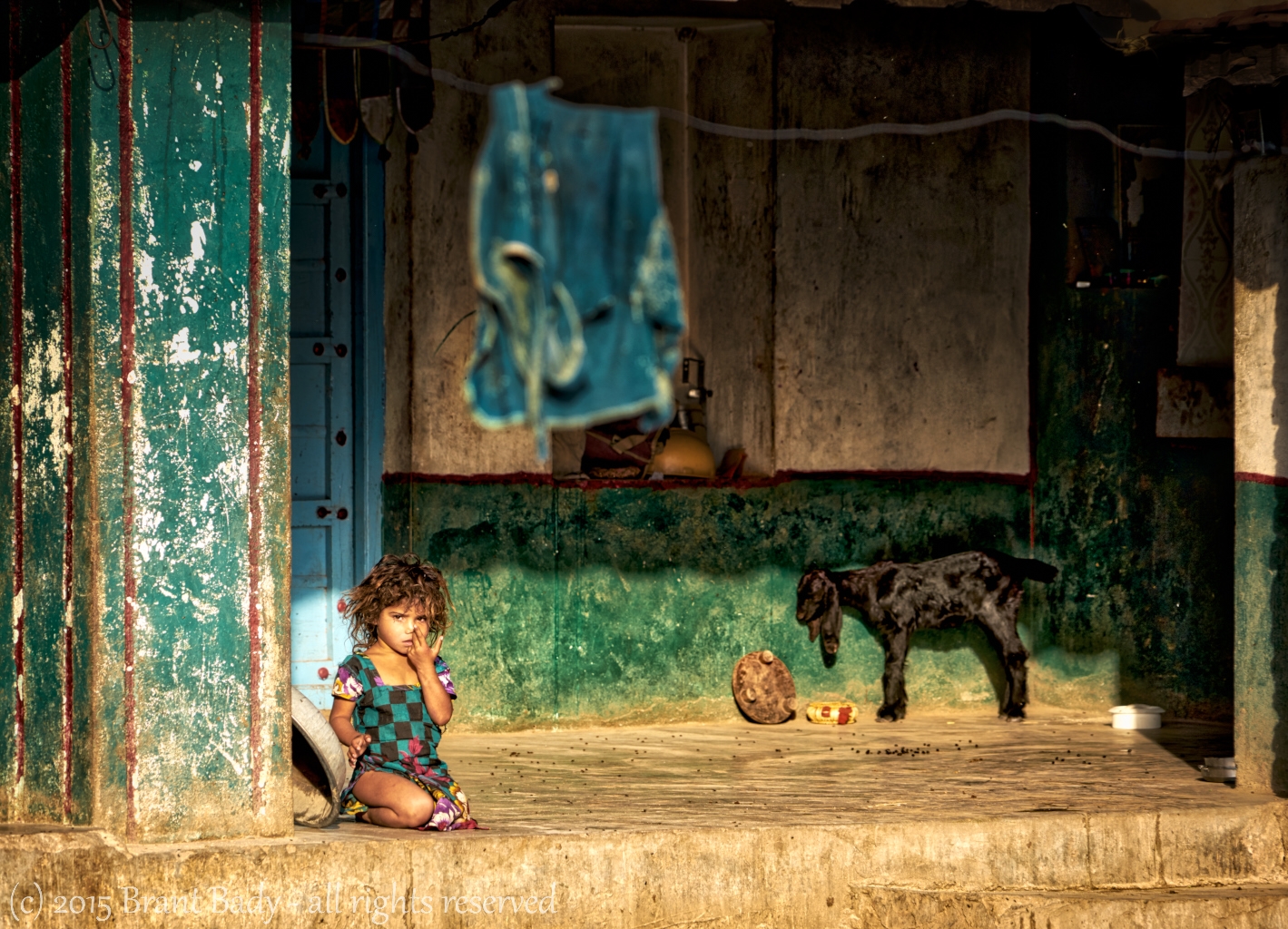 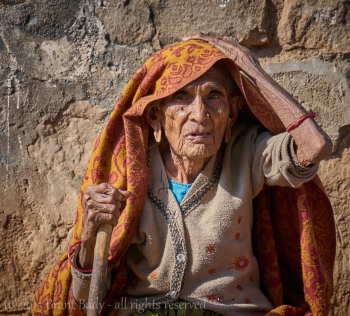 The bad news for the Honeybadger was that this state, Gudjarat, is a DRY state where alcohol is very difficult to obtain legally.  Gudjarat is the also home state of Mahatma Gandhi, and the Mahatma had strong opinions about certain liquid refreshments such as alcohol – it was perceived as creating undo social ills.  This basically resulted in prohibition being in effect in Gudjarat since the 1930’s, and these laws have never been repealed or modernized.  Consumption and possession is banned for the locals, but possible – with lot of effort – for tourists, but only to be consumed inside your hotel room).  Prohibition doesn’t work any better in India that it did in the U.S.A., essentially there is a huge underground market for illicit alcohol, one that has also resulted in thousands of deaths over the years due to people trying to make moonshine and consuming it.

I tried to get a permit on arriving in Ahmedabad, but my hotel screwed me around and sent me on a wild goose chase. Luckily I had one bottle of Kingfisher Strong Beer secreted in my suitcase for that night.  More importantly, one of the gentlemen on the tour was extremely resourceful, and he took care of us all during the tour by arranging for a source of beer and vodka courtesy of the Indian Air Force (via his brother-in-law).  Out first night we partied in one of the rooms, and  actually turned out to be a great icebreaker for the group, since few people knew each other and they had came from all over India.

But coming back through Ahmedabad I thought my planning for sourcing some of that important essence was soundly thought out, but I was wrong. I booked a hotel that had a government liquor store in it. The hotel efficiently provided me with the proper documentation and I ran down stairs to the liquor store to source my brew, only to find out that the law as written, required one to get a permit for alcohol in Gujarat within 30 days of arriving in INDIA, and having been here over a month already I was S.O.L. No point in trying to budge a civil servant from following the relevant act (even if it is a fairly stupid law in terms of dates and timing).  I had to resort to sourcing some evening refreshments via “alternative sources” at an incredibly inflated rate.