New Delhi is not really my favorite city (not by a long shot), but it does grow on you a bit after you spend some time there, and get used to getting around.  My first experiences there were pretty awful, but at the end of this trip I had a few days remaining in which to explore, and I got quite used to walking around on foot there, with the occasional taxi ride to cover distances that were 5 km or longer.

Even in the middle of Delhi you have a variety of transportation options, including car & taxis, auto-rickshaws and human powered ones, cattle carts, motorcycles as evidenced below.  There is also the Delhi metro, which can be crowded, but can also teach other major cities how to effectively and efficiently run a subway system (for example, some would say that it beats the pants off the subway in Washington D.C.). 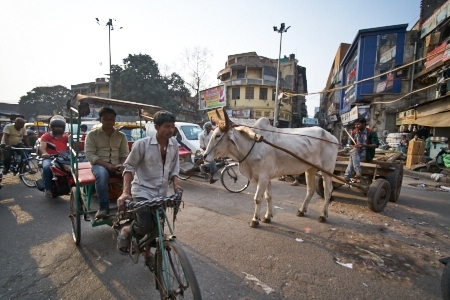 Most certainly there are a variety of interesting things to see and explore around New Delhi, in addition to monuments, parks, and religious buildings, the streets themselves are so intriguing.. 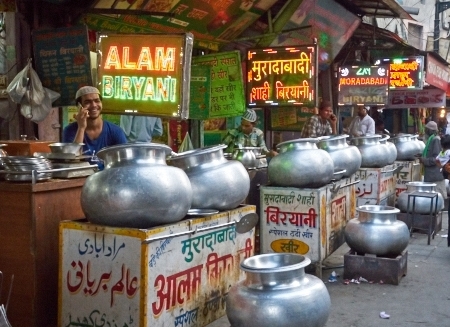 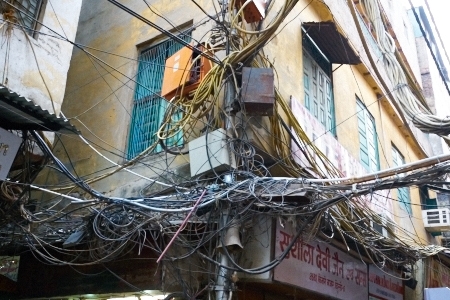 The “Electric Monkeys” of New Delhi, instead of swinging along vines, they get around using the available wires overhead. 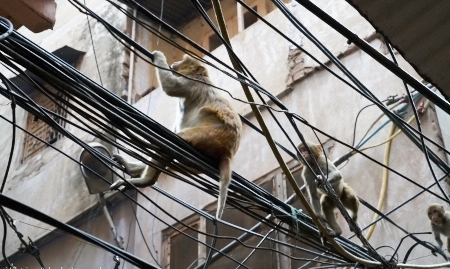 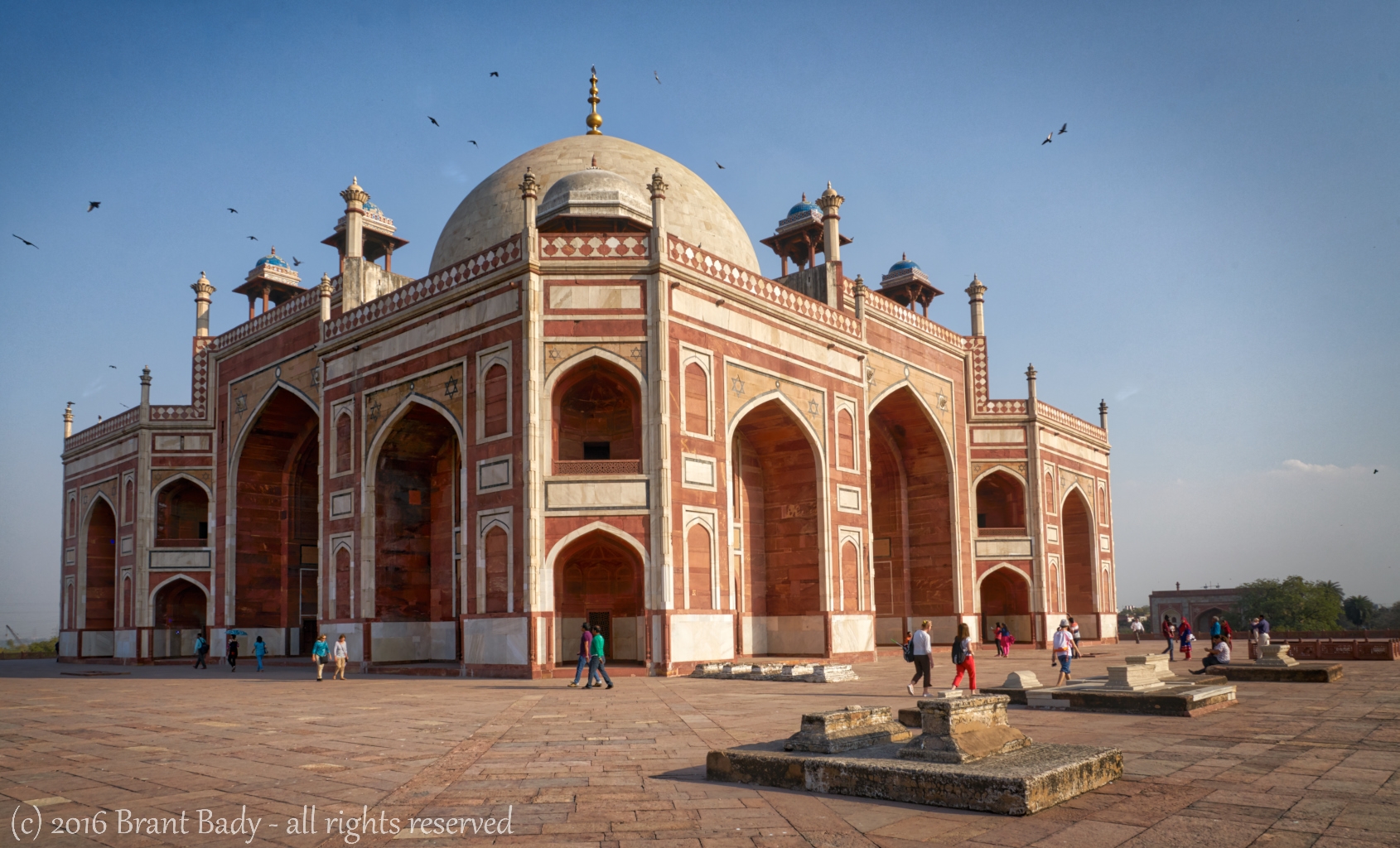 I had the opportunity to visit one of the absolute poorest sections of New Delhi, a place where few of the inhabitants have employment in the conventional sense, where there is very limited access to clean running water (normally its a twice or more a day 30 minute walk in and out to bring in water in containers), and where the walkways and paths contain channels of waste water flowing out.   In the midst of this crushing poverty, the “Colony” is actually the largest community of street performers in the world, as the inhabitants often resort to playing instruments, dancers, magicians to generate any income, while others do handicrafts, like carvings, or sewing. 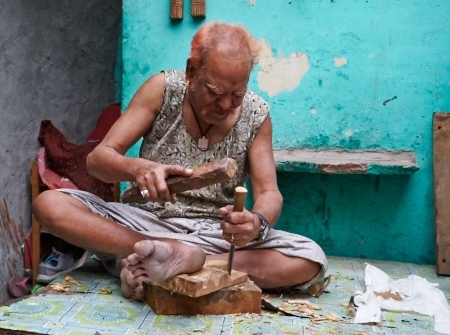 As one of my online photographer buddies who worked in India 40 years ago for the Peace Corps, noted:

“These people are what Gandhi called the “Harijan.” In Brit times they were Untouchables. They are using a different name today, probably just a way of being politically correct. There really are distinctions as whole families and clans are specialized in what they were permitted to do. Leather workers, sweepers, and other tasks that might defile the purer casted folk. Stay there long enough and you’ll begin to distinguish between tribal people, the wanderers like the true gypsies, and various racial traits.”

My introduction was via a Non-Government Organization & registered non-profit called PETE (Providing Education To Everyone).   PETE directly supports and funding education (three schools) and and a variety of social programs in the colony. 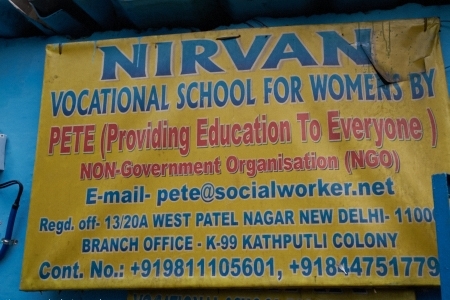 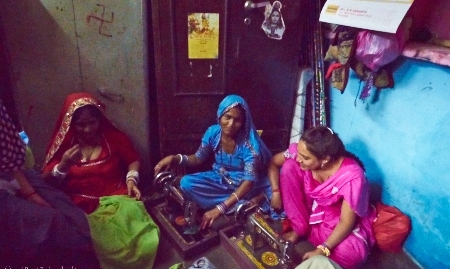 My guide was Laxmi (a 21st century Mother Theresa in my view and the view of many others as well)  – She can’t walk two feet around the colony without getting hugged, embraced, and greeted, everyone knows her, especially all the kids.  In reality it would take about 2 weeks to walk the whole area, as its a large maze of pathways, but even during the few hours I spent there, the clustering of religions, clans, and skills was quite evident.

The purpose of going here was to exchange experiences with people, allowing the locals a rare opportunity to interact with foreigners if they wish, and to support the education programs that PETE offers.  It was the best 3200 rupees I had allocated on my whole trip in India actually as I could see for myself the conditions, and the very positive initiatives that PETE was delivering.  I was also pleased to assist in help telling the story of this Colony by taking photographs, and providing PETE with a digital copy for their use in their own awareness raising activities. 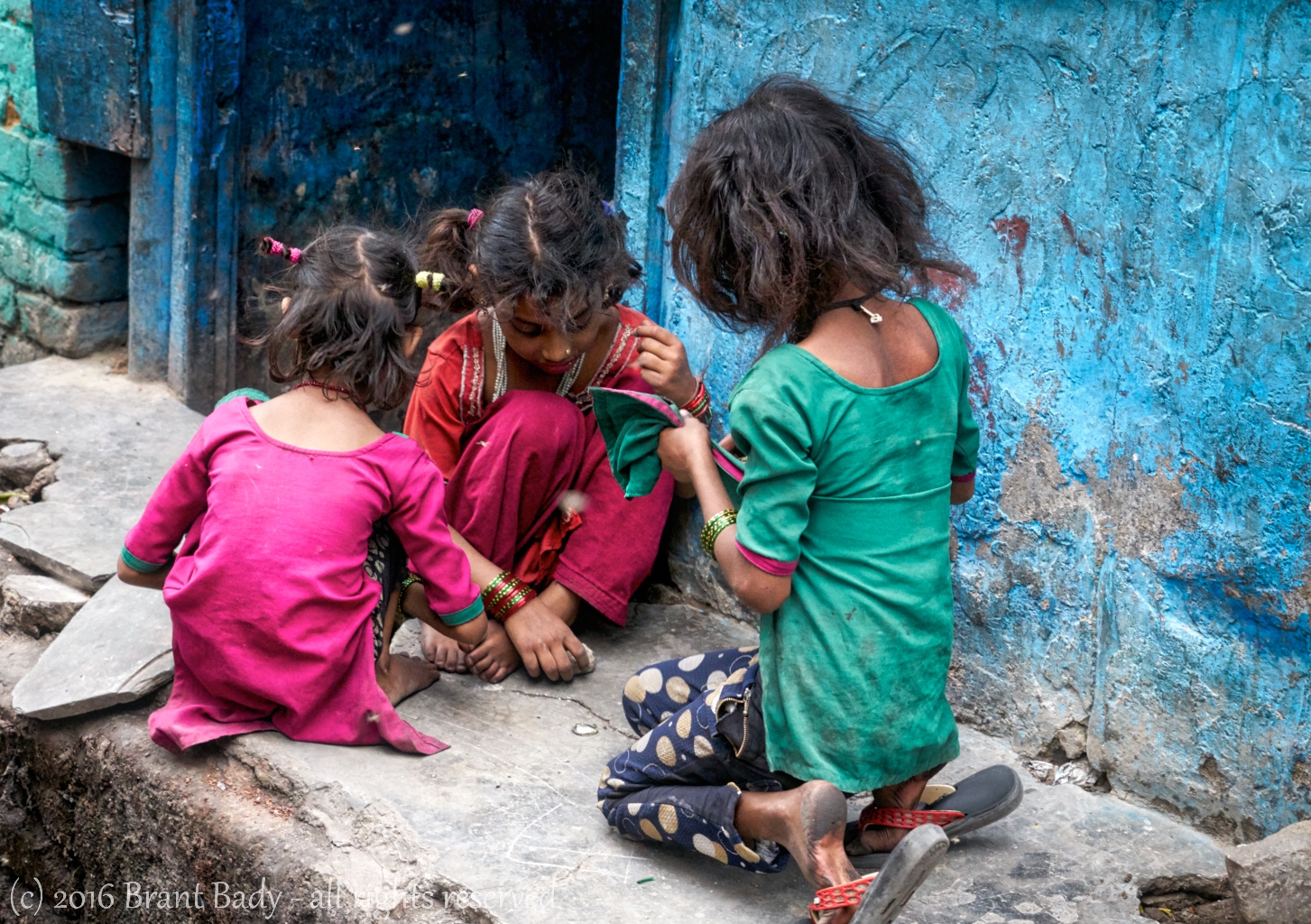 Their “game” is with a flattened bottle cap, and note the feet of the little girl in green.  Contrast that against modern day kids in North America.. 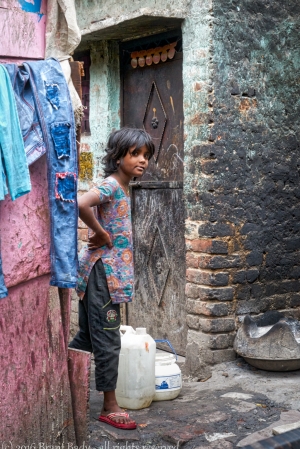 Note: many of the houses here have no running water, and the only water supply
is a 1/2 hour walk away, hence carrying water is a through-the-day activity 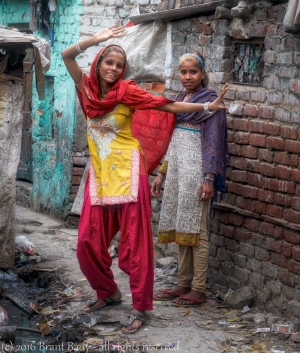 “The Little Princess, and her Entourage” 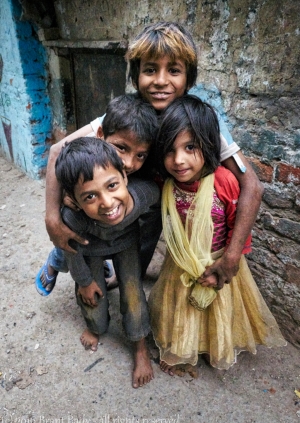 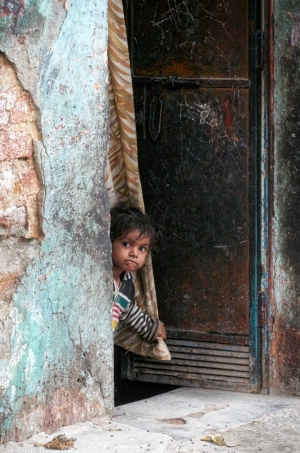 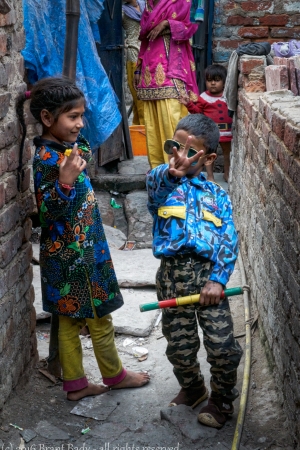 “Turning the Tables – The Photographer Gets Captured by the Subject” 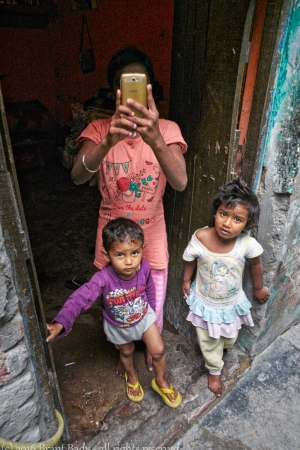 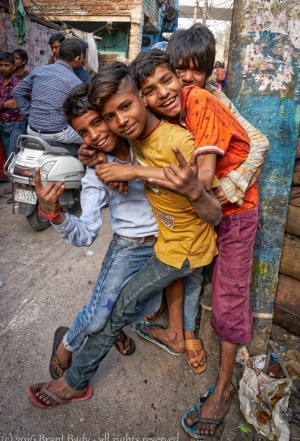 “Over Here, Don’t Forget About Me!” 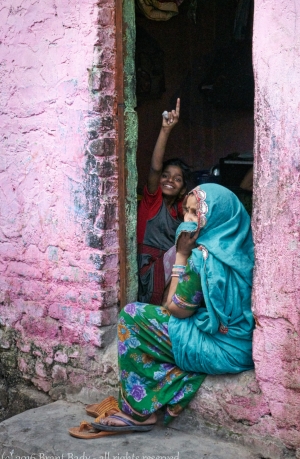 I was literally mauled by these kids wanting me to take their picture, and they do ham it up a bit, but they have big smiles, friendly handshakes, and warm greetings.. I reckon its their way of saying “Hey we are here, We count for something too!”.

Most certainly, it was eye opening experience, on one hand seeing the conditions these people live under, and on the other hand to get see their strong spirit and unwillingness to give up.