At last report I had been in Kolkatta, and after making way eastward across the top of India.

It was now time to re-engage back down to the south, specifically the mid-section which I had aborted back in early December.  Chennai had flooded then after half a meter of rain fell on the city in a twenty four hour period, and was declared a disaster zone due (more than 500 people died) – they received more rain than they had seen in nearly one hundred years – so the last thing I am sure they needed was another tourist at that time of huge difficulty.

However at this point several months had passed since the flooding, and I was looking forward to getting back to some warmer weather, as most of my time in the last month had been spent in Northern India, during its winter with temperatures from 10 degrees C to about 20 or 25 C. The downside though to the extra warmth in the mid south, was that I was back in mosquito country.

For me at least, Chennai had almost nothing of interest, its just a huge sprawling town (36th largest urban area in the world) – but in fact it is one of the most visited cities in India (health tourism, noted for its food, and as a jumping off place for exploring the region). Luckily one of the guys I met on one of the photo tours lived there and he was awfully kind to me, in that not only did he pick me up at the airport, he helped me find my hotel, drove me around town a bit (although he too, had few suggestions about things to see in Chennai), and took me to his place for a home cooked meal by his wife. I had mentioned the fantastic Kadai Chicken I had recently had, as if by a miracle, that’s what was on the menu!

Finding the my hotel in Chennai was an adventure unto itself. It had booked it online, using the service I normally used. The quirk was that some intermediate booking agency was doing the work of creating the online bookings, and was using its own branding. What we (my pal from Chennai, and I) soon learned upon going to the supposed address of the hotel, was that the maps directions in the booking voucher were WRONG, the telephone number was WRONG, and the address was WRONG.

Using Sherlock-Holmesian powers of deduction, we managed to triangulate the real location using another hotel booking site to get the location and asking three different auto-rickshaw drivers if they had heard about this particular hotel, which was in a completely different area and the hotel name on the street was different as well. I have to say that after complaining to the booking company (Agoda) I was very pleased that they decided to refund me two full nights for the hotel in compensation for the wasted time and aggravation. Not that the hotel was bad once I found it, it was quite nice actually. 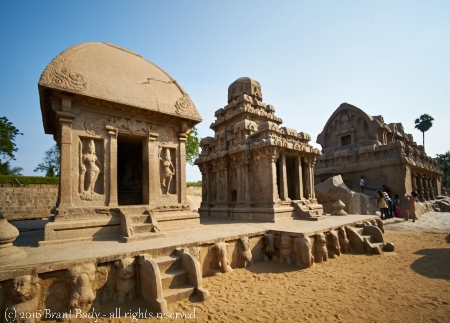 The town also has a touristy beach town kind of vibe, with some good variety in dining options, so a one night was fine, and my local buddy from Chennai had decided to drive me down here as well.

“A Monumental Place for a Snooze” 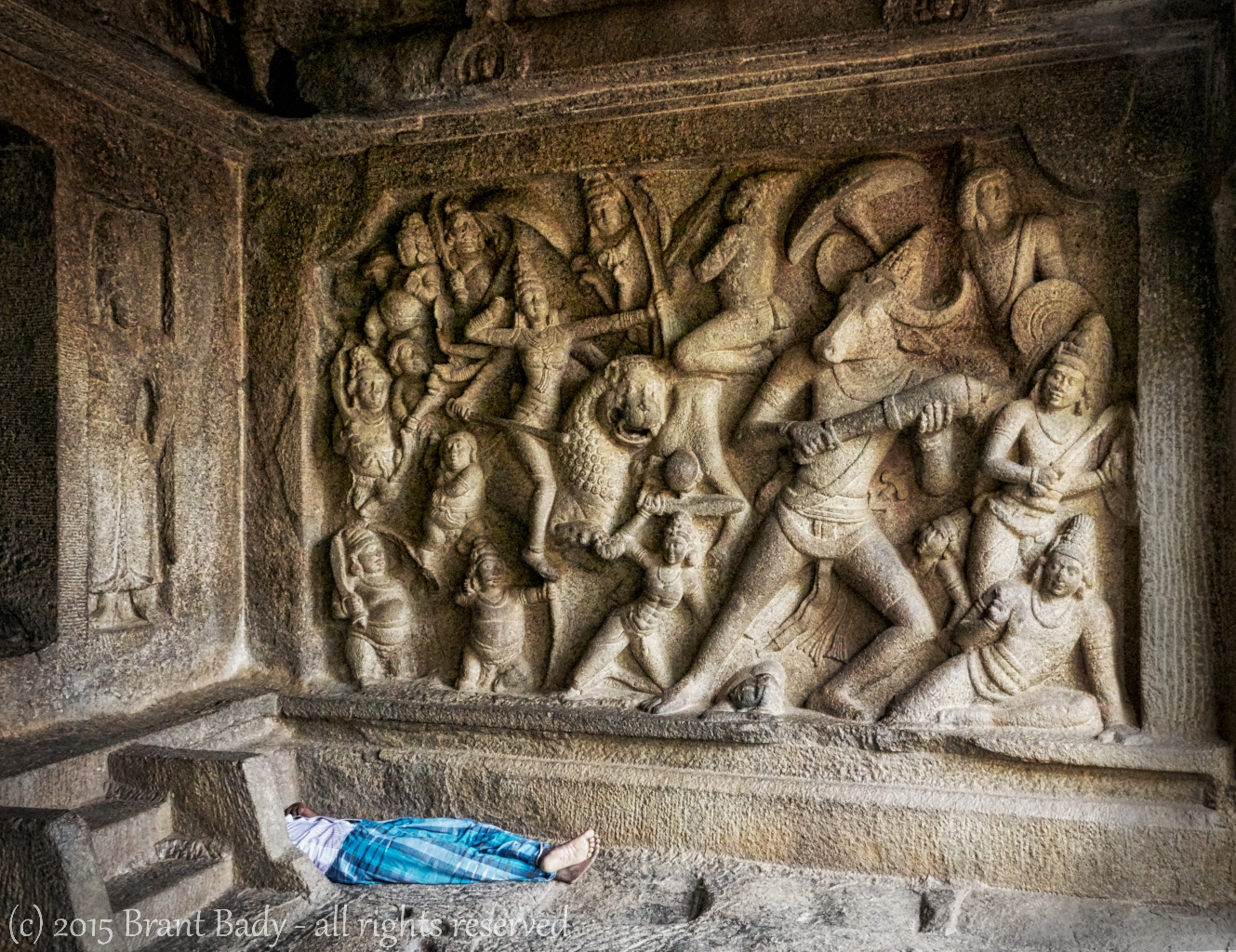 This guy was in the way when I wanted to take the picture, and I wasn’t going to wake him up, but actually it worked out pretty well as the carved figures on the wall appear to be looking at him with displeasure.. 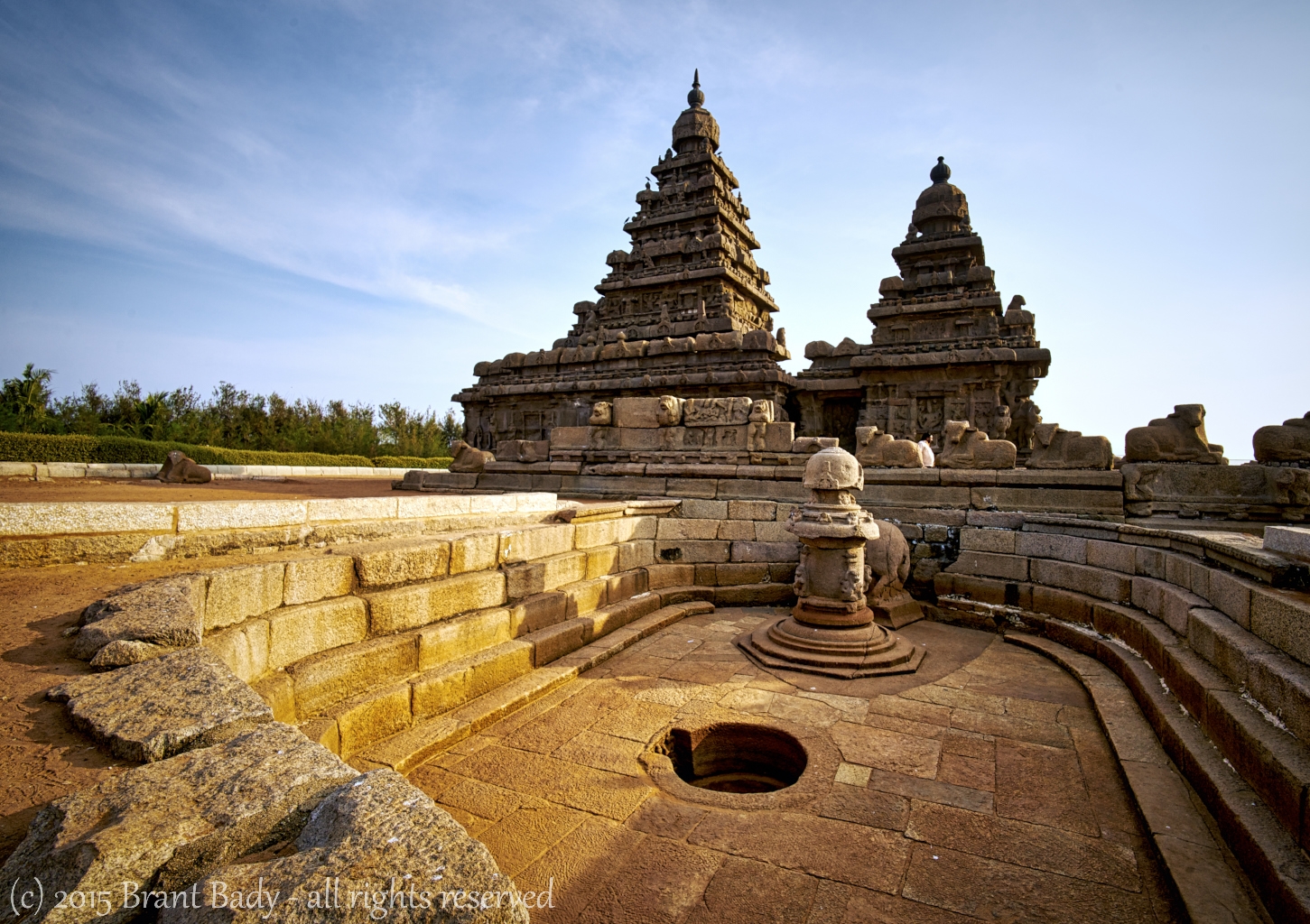 Getting out of Mahabalipuram was truly a bit of adventure, as there is only a local bus to Pondicherry (Pondy being its nickname). The “adventure” part being the driver and the roads. The bus driver was taking curves and swerving around other vehicles in a full size bus loaded with passengers. I swear we had only two wheels on the ground on one side a couple of times! It was like being on a sailboat heeling over at 15 to 20 degrees… yikes! The driver also got into a heated argument with a passenger for some other reason and wasn’t paying much attention to the road during those moments.

Note that in riding local buses around India, I frequently have been air-borne, especially when sitting in the very back. It also starts to give one a bit of pause when shortly after this trip to Pondy I read in the paper about a horrendous bus crash not far away from this route where a commercial truck had been at fault, but with plenty of fatalities to the passengers on the bus.

Pondicherry is the original French colony in India, although not exclusively as the Dutch, Portuguese and British were active in the area, and in fact the area was known and recorded back in Roman times (first century) as a trading area. 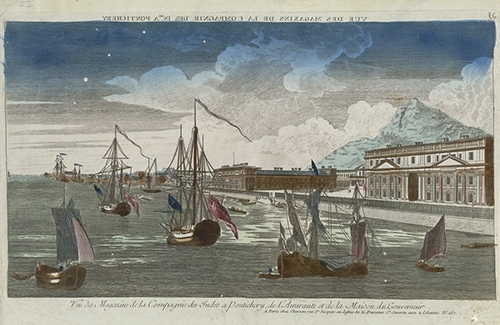 To this day, Pondicherry retains a lot of that French charm, in half the city, given the colonial style architecture, and European style restaurants.

For me, Pondicherry was a bit of a foody oasis in a sub-continent with a lot of vegetarian food. Given that I am a second hand vegetarian, in that, cows eat grass, and I eat cows, the wealth of vegetarian food in the south of India, was pretty much lost on me (however the range of curries available in India, is completely mind blowing – so its not like I was suffering). Frankly there is no comparison to what we normally can get in terms of Indian food where I live – the very worst Indian cuisine I had in India, was light years ahead of the best I have had locally at home. So for two nights I had steak, and another night I had some very decent Italian, at a restaurant owned and ran by two expat Italians. In fact, in terms of decadence, I was totally spoiled one morning for breakfast having found a french cafe offering some home style Eggs Benedict, and I also guzzled three cappuccinos in one sitting. Having been traveling in India for over two months at this point, I was due for a bit of change food wise.

Notable is a large statue of Mahatma Gandhi on the waterfront of Pondicherry – at first I wasn’t going to take a photo – as it had the initial impression of being just another average tourist pic, with tons of people around it taking selfies. However, after a bit of reflection, the scale of the statue, its meaning, and the kids playing at his feet worked out in terms of telling a story.

“A Giant who once Walked the Earth, and Forever the Father of a Country” 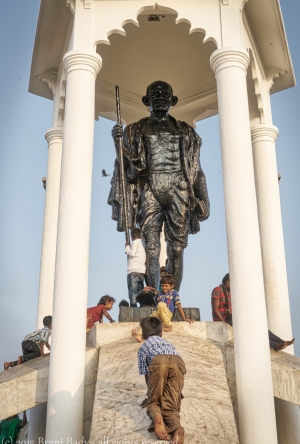 The other side of the town is back to hard core India, like inside and around this local market

“What Dreams Come to Those Who Toil” 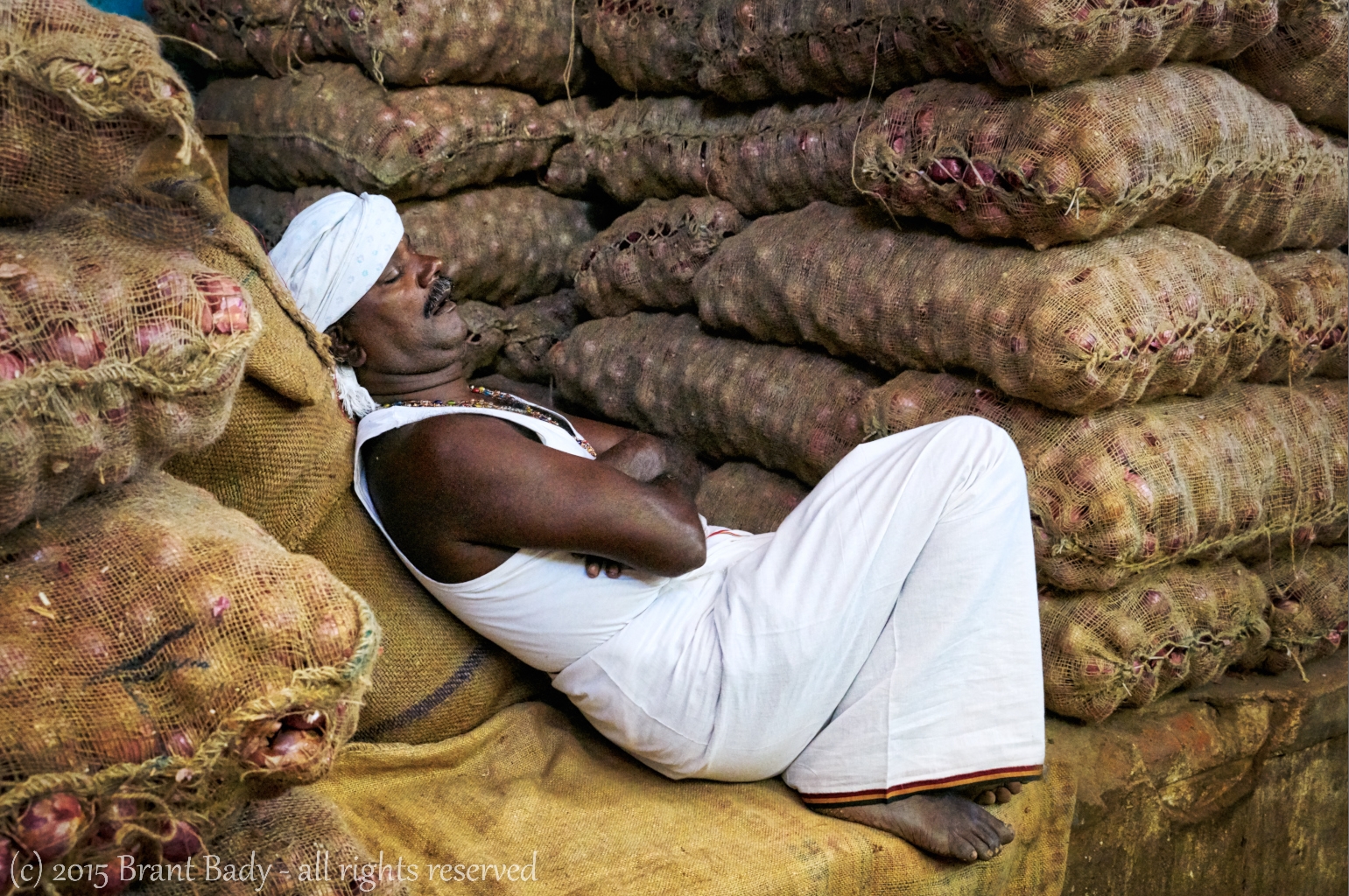 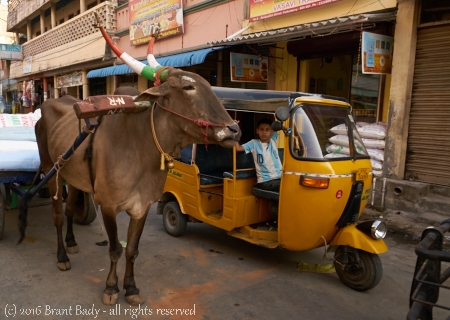 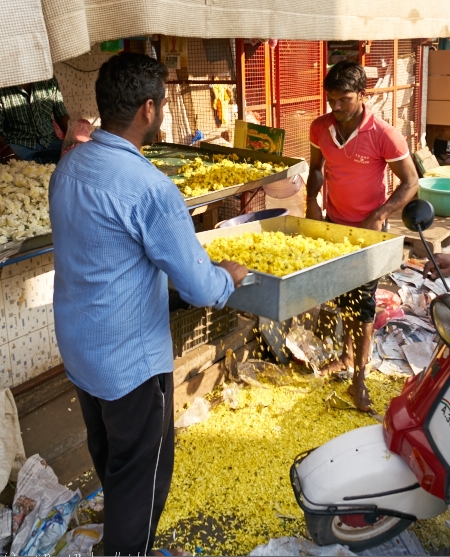 Alas connections are not so convenient getting out of Pondicherry, with only ugly overnight buses or trains, so I wound up routing back through Chennai by bus and then flying onward to my next destination, Bengalaru.