Mysuru (also known as Mysore), is also called the City of Palaces, with the highlight being Amba Villas (AKA Mysore Palace). I found Mysuru town a bit frustrating photography wise, as there was not much to see that would allow photography inside, and even an excursion out of town to see a number of monuments was not especially photographically productive either. However I did get this shot of the outside of the palace at night (they only turn on these lights once a week, from 7:00 pm to &:30pm sundays and everyone is shooed out of the front area and contained behind barriers when it happens… – luckily the “no tripod” rule common to Indian heritage sites was not in effect here. 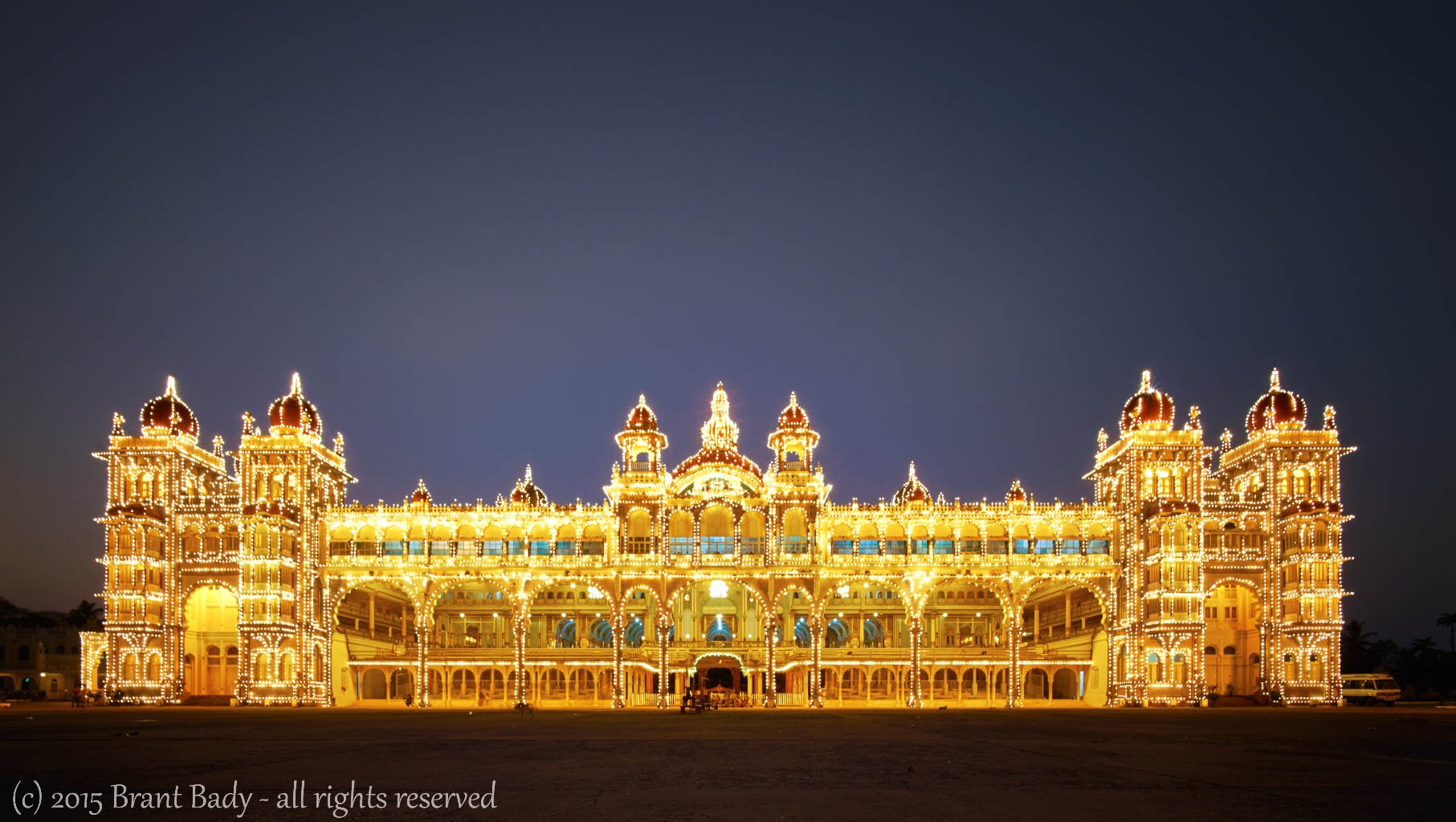 The best part of visiting Mysore for me, was the nearby Ranganathittu Bird Sanctuary.. and the fact that I had invested in a super telephoto lens earlier in this trip. The lens is heavy to hold, and is large and awkward, so the bird sanctuary offered a great opportunity to practice on photographing moving targets, i.e. birds in flight.

“Acrobatic Pelican” – he just scooped up a fish in his bill from the water, hence the very improbable looking pose with his head snapped back due to the weight of the fish while he continues to fly on via pelican autopilot mode. 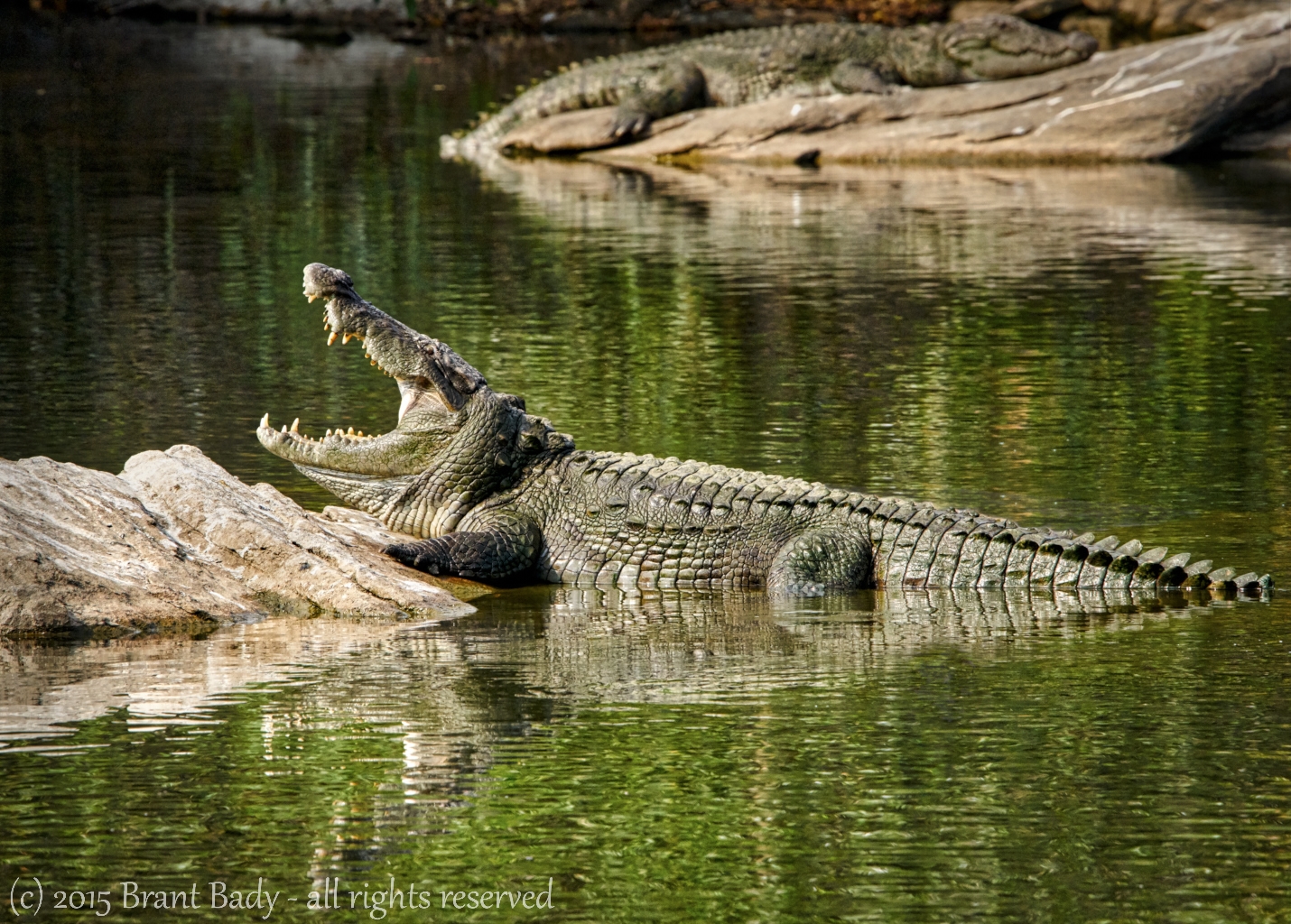 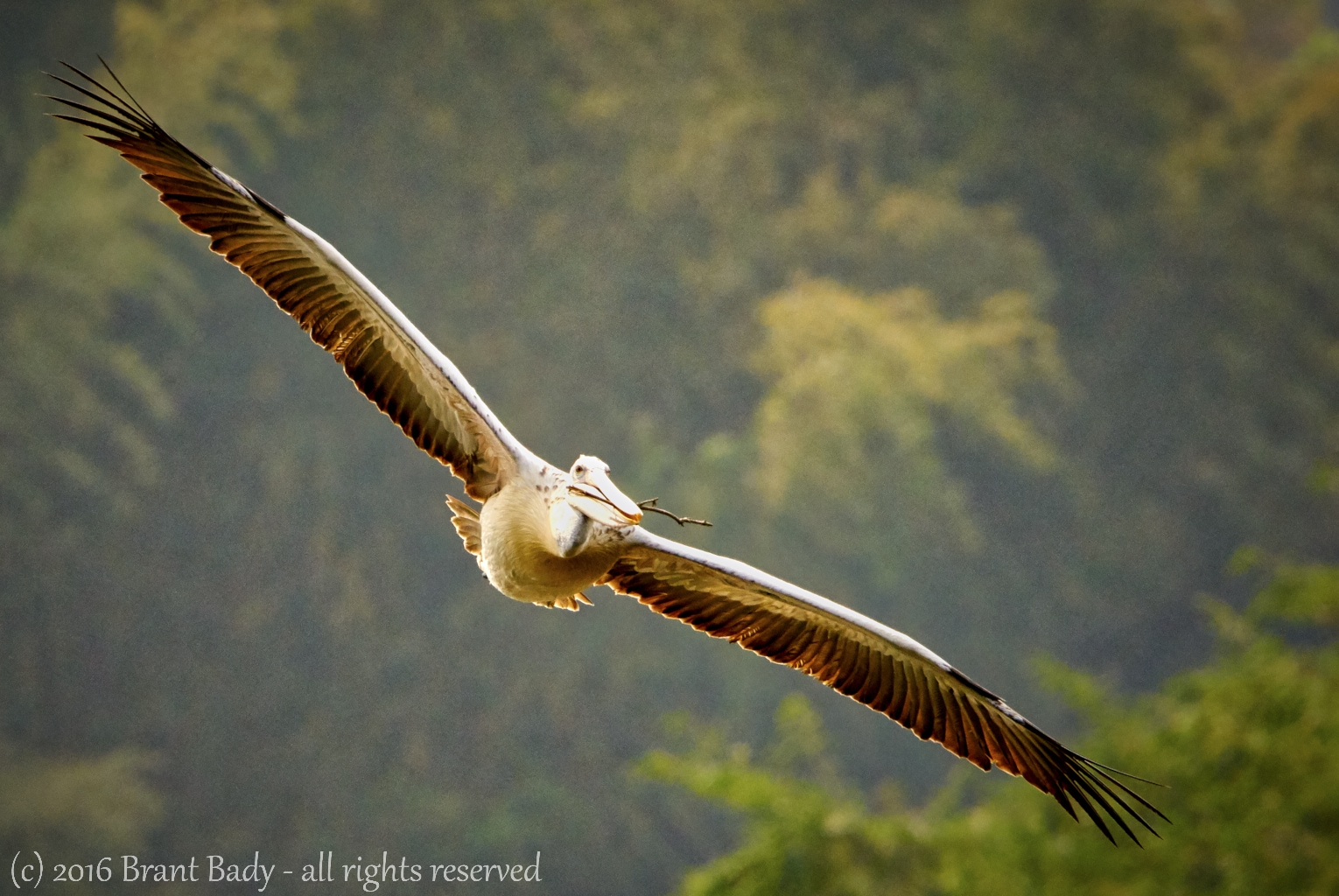 “The Island of Painted Storks”

On the foody side, I found another kebob buffet outlet, that actually is a chain all across India (called BBQ Nation). This time I was smarter, I totally skipped breakfast, didn’t do lunch as usual, and then hiked/walked over 5 km at the end of the afternoon to get to the place. Okay, I did have one stop on the way for a cool brewski, but it was 34 degrees C out, so I reckon the beer was deserved. In my best impression of “Cool Hand Luke”, I did a Newman-esqe performance and ate roughly 30 kebabs with some salad, and croquet potatoes Cajun style. Luckily none of the plumbing burst, but the spicey kebabs had me sweating for sure. All I needed to complete the day in Cool Hand Luke-like total bliss would have been to watch a buxom lass wash my car!!!

So while I was eating quite well in terms of quality, I had certainly cut down on quantity, to the point that despite me personally draining the National Indian Beer Emergency Reserve, I was consistently losing a kilo a week for three and a half months I toured there. Perhaps someone should trademark/patent this diet, as I reckon fat Buddha turned into skinny Buddha because he was traveling in India.

In Mysore, I was stuck an extra day waiting for a train with space (I was waiting for a first class AC berth as I figured I would try the highest class train berth available to see if it was better than the other options I had tried so far.., so I had to switch hotels on the last day because the first hotel was booked up. That morning I figured I would get a decent breakfast, eat something mid day, and then decide about dinner on the train (6:45 departure) depending on the circumstances.. (lets just say that even the toilets on the first class trains leave a lot to be desired, so its prudent to plan things ahead of time). So I called down to room service that morning…

Side bar – “What We Have Here is a Failure to Communicate – or Who’s on First, What’s on Second”

no 2nd coffee ever comes… after 11 am I am starting to get pretty hungry… so I call down again..

No omelette or coffee ever came…

Sigh.. one must take a lot of confused communication in stride when on the road. However, had I been able to speak Hindi, I am sure there would have had a different outcome. Of course the onus is on me, as I am the visitor, and I have no expectation that the country I am visiting can speak my language. Having said that, India is one of the easier countries to travel in specifically because a large portion of the population speaks English, and can be fairly easily understood (unlike Myanmar for example, where English is common, but their pronunciation is really difficult to understand – or at least I found it so).
However, by mid afternoon I was ravenous, so I headed out to get a bite to eat of something relatively safe and non-contentious spice wise.  Then it was a short auto-rickshaw trip to the train station, and the porter for first class helped me find my berth, got me settled, and then indicated that I could pre-order dinner.   Fried rice was the only thing available, and it sounded reasonably safe, so I went for it. I was the only one in that compartment at this point, although the porter advised that others were supposed to be getting on later in the journey. About 8:30 the porter came back with a lump of something wrapped in newspaper, about size of a hockey puck..

Porter: “Sorry sir, only vegetarian fried rice is available”
Me: “No worries thats fine, how much”
Porter: “30 rupee sir”

But I only have 100 rupee notes readily at hand. so I give that to him, and he says he has no change, will come back later and puts it in his pocket.

in the mean time, I decided I didn’t want to be disturbed at some odd of hour of the night to get my change, so I dipped into my side pocket of emergency money and grabbed the 30 rupee exact change.. and handed it to the porter when he came back momentarily holding the supposedly unavailable spoon (of which he then made a big production that I must be sure to give the spoon back to him later on.. chuckling to myself I hoped that wasn’t the only spoon on the whole train.)

So I gave him the 30 rupee exact change and asked for my 100 rupee note back… except he denied that I gave him the 100 rupee note in the first place. and I am insisting that I did and that he said he would come back with change… this goes on for a few minutes and I finally lose all my patience..

Me: “Take the rice, your spoon, the 30 rupee and just please get out of this compartment now”

Twenty minutes later he dared to stick his head in again, but this time he was apologizing profusely.. he said he found the 100 rupee note in his other pocket and had gotten confused by all the other orders from other compartments.. so I got all the money back (not that it was big money at all, but no dinner – I wasn’t in the mood for it at that point anyways. Anyone can make a mistake and I believe it was an honest one the porter made. He tried and did rectify it when he figured it out.
No hard feelings on my part, and my regret was that I actually lost my patience. Having been traveling in India for over two months at this point, it would be surprising perhaps that I didn’t lose my patience at some point given the level of entrenched bureaucracy.